I hiked a couple of miles, but most of my day was spent off of the beaten path to reflect… so not many pics to share. There are some nice spots to chill, but be wary of the bikes. This is a popular mountain biking trail.

I’ve had this blog for almost six and a half years now. I will post for a day or two… a week… then put it away to collect dust in the vast world of cyberspace. For the longest time I thought I needed to create something with purpose… a work with a theme. Now I realize that I can post when I want… whatever I want. I don’t need to do this for others. I can do it for me.

As I scrolled through the years of posts, I found many drafts. Posts that were things I wanted to write about, but I never did. Hell… who knows, I may get this one started then get bored and click the oh so familiar “Save draft” button to allow it to age like a fine wine.

The GPS coordinates will take you to parking for the trailhead. I recommend a high-clearance vehicle… preferably one with four wheel drive. The Google Maps link provided will take you to Roberts Lake Drive. You will need to go a bit further to reach the parking lot… I’m guessing less than half of a mile. Do not rely on your GPS or the map links in AllTrails to take you to the trailhead. I learned this first hand. 😏

I had read this 2.1 mile trail was heavily trafficked, so I decided to give it a go after we had a lot of rain. I only encountered a handful of people. The view from the summit did not disappoint.

I hiked for approximately four miles along the Etowah White Trail from Boling Park… about two miles in and two miles back.

I feel most alive when I am growing.

And by growing, I mean learning… evolving… living. 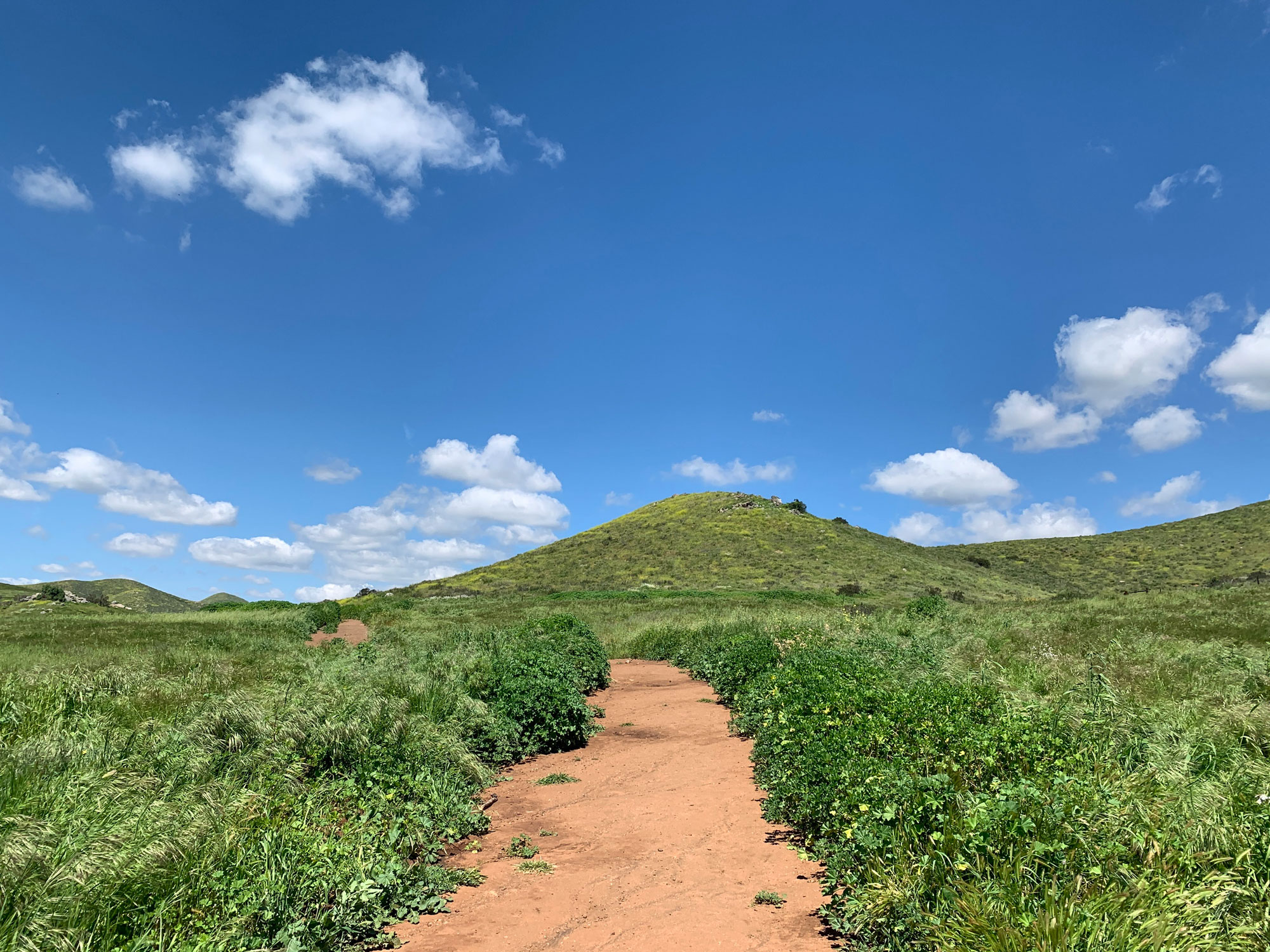 It has been over six weeks since I hit the pause button on living in my van to return to Atlanta. Unlike My Scotty Adventure, I am not ready for this journey to end. I am soooo ready to be back in the van… back to living, exploring, growing.

A few years ago, I made a conscience effort to live more and work less. With this declaration came minimalism. After all, if I have fewer wants then I would spend less money. This simplification of life has led me to focus on the things I enjoy… the things that matter to me.

It looks like I will be in the city until the end of July to do work stuff (ugh!). To help me get through this period, I will ask myself every morning… 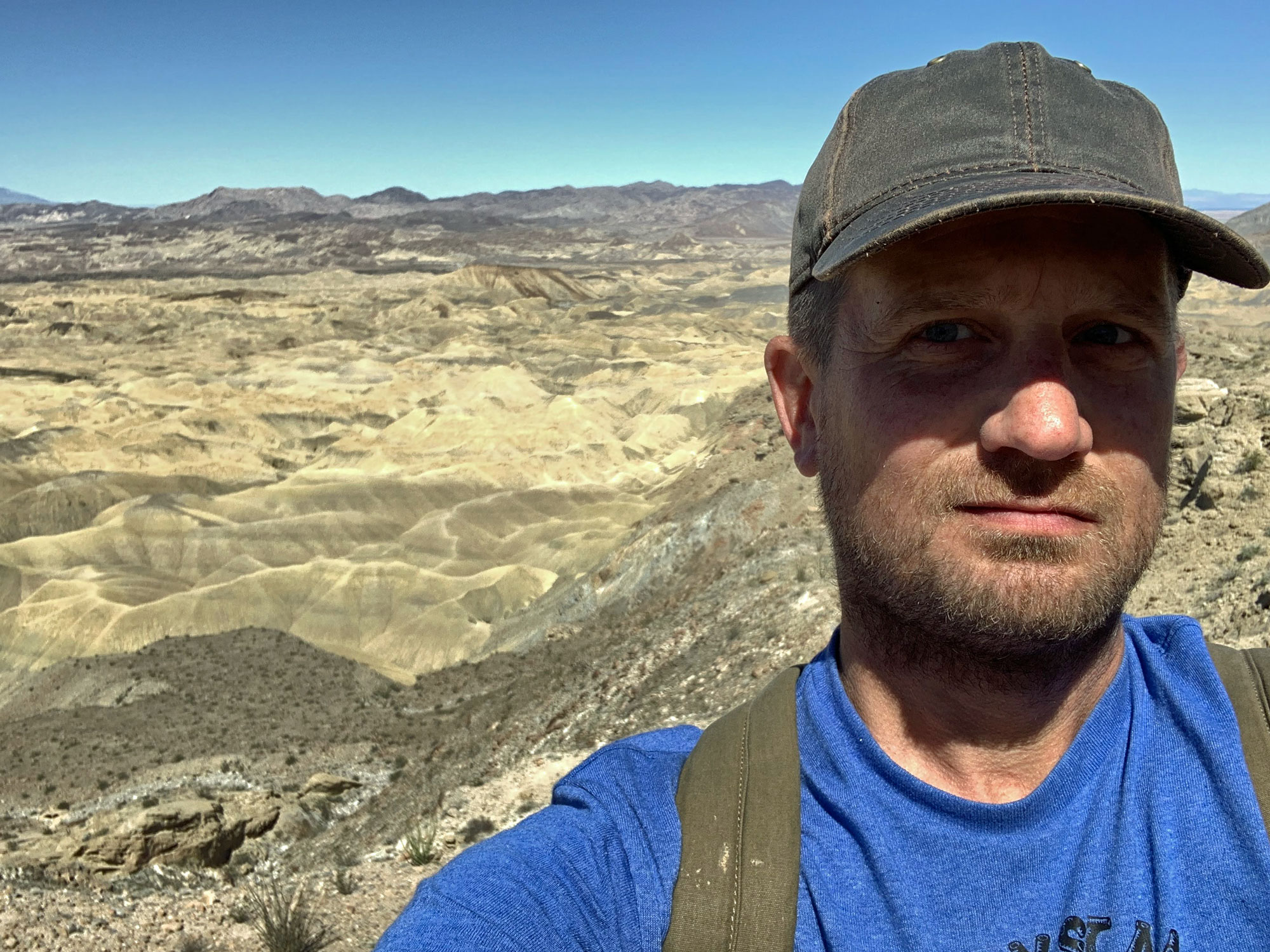 The four month anniversary of living in my van is approaching, and I am very content with my life. It is my life, and I choose the path. It is a simple life… a life with less, but a life with much more.

The one thing I was not expecting is the amount of “full timers” out there. There are many other people living full time in their vans, RVs, and cars. This type of living is not limited to remote pieces of land, as I discovered after spending more than three weeks in San Diego.

I am hopeful that San Diego’s elected officials will do the right thing and continue to allow people to live in their vehicles. As it stands now, the mayor has proposed an ordinance that would block people from living in their vehicles within 500 feet of a school or residence, or on city streets between 6 p.m. and 6 a.m. The ordinance now moves to the city council for a vote.

I will be returning to Atlanta on May 1, but I will not be driving. Instead I have decided to park my van in Las Vegas and fly to Atlanta. I have not booked my return ticket to Vegas, but I expect to spend a month or two in Atlanta. Who knows? Maybe I will fly to another country during this time. Maybe I will book a cruise. Maybe I will grab my tent and head to the mountains. Life is an adventure. I will return to the van when I am ready.

If you follow my blog, you probably have noticed that I don’t post a lot. Sure… I have good intentions and even better ideas for posts, but they usually get lost in the “would have/should have” pile.

One of the obstacles has been my laptop. Sure… it is a nice laptop, but it is also the laptop that I use for work. Each time I pull out the old ball and chain, I start a post, get distracted and move on to something else.

I have decided to shake things up and post using my iPhone and a foldable keyboard. Is the keyboard overkill? Maybe, but it allows me feel like I am creating and not just ranting and purging my soul on social media. 😛

My intent is more posts and fewer obstacles in sharing my thoughts.

I have learned some valuable tidbits of information since I hit the road in December. However, my brain has a lot of useless information in there. So while I can tell you the name of an 80’s song in three seconds or less (along with the artist and year released), a cool tip that I learned may get placed on a dark shelf in the catacombs of my brain.

Time to try something new.

So… bring on the posts.

Over 100 days on the road, and I have found the mecca for the van dweller auto dweller that wants to be near a large city. 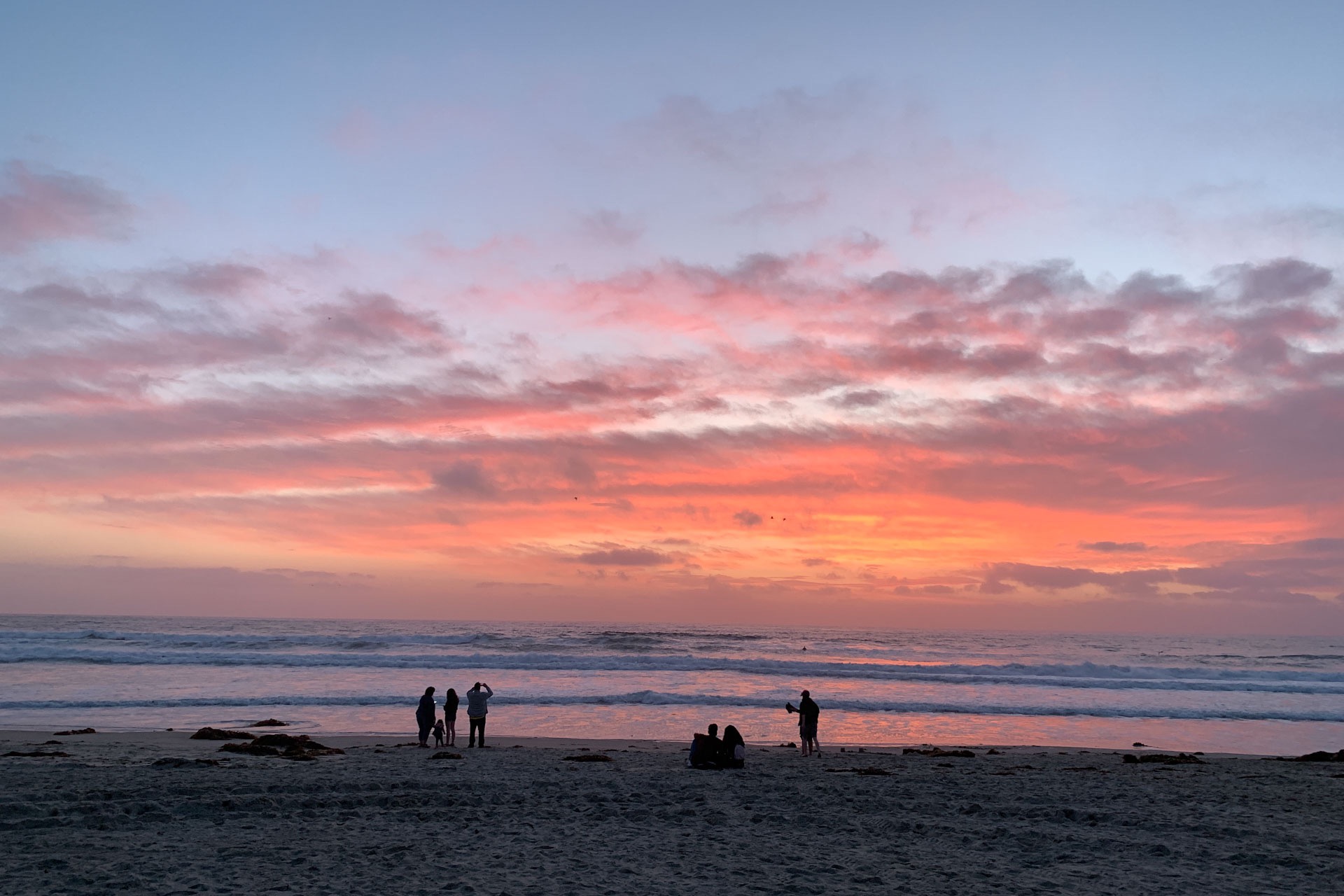 I may be making this proclamation a bit prematurely since I have only been in SoCal for two weeks. Still, if the current court ruling sticks, San Diego may need to change its name to Van Diego.

In February 2019, the San Diego City cancel unanimously voted to repeal a 1983 ordinance prohibiting residents from living in a vehicle on any street with the city limits.

Before you pack up your apartment and head west, remember that this ruling is only a couple of months old. Kevin Faulconer, San Diego’s mayor, has proposed an ordinance to make vehicle habitation illegal. He claims his propsal is in response to “hundreds of complaints” from residents on the “cleanliness and illegal activity related to people living out of vehicles.”

The two tidbits of advice I can offer if your are considering living in your vehicle in San Diego… read the street signs and chat with other auto dwellers that you encounter.

Mission Beach (where I have spent the past week) does a top-notch job of letting you know where you can and cannot park, so read all street and parking signs. Most streets are swept at least one day each week, usually in the early to mid-morning. 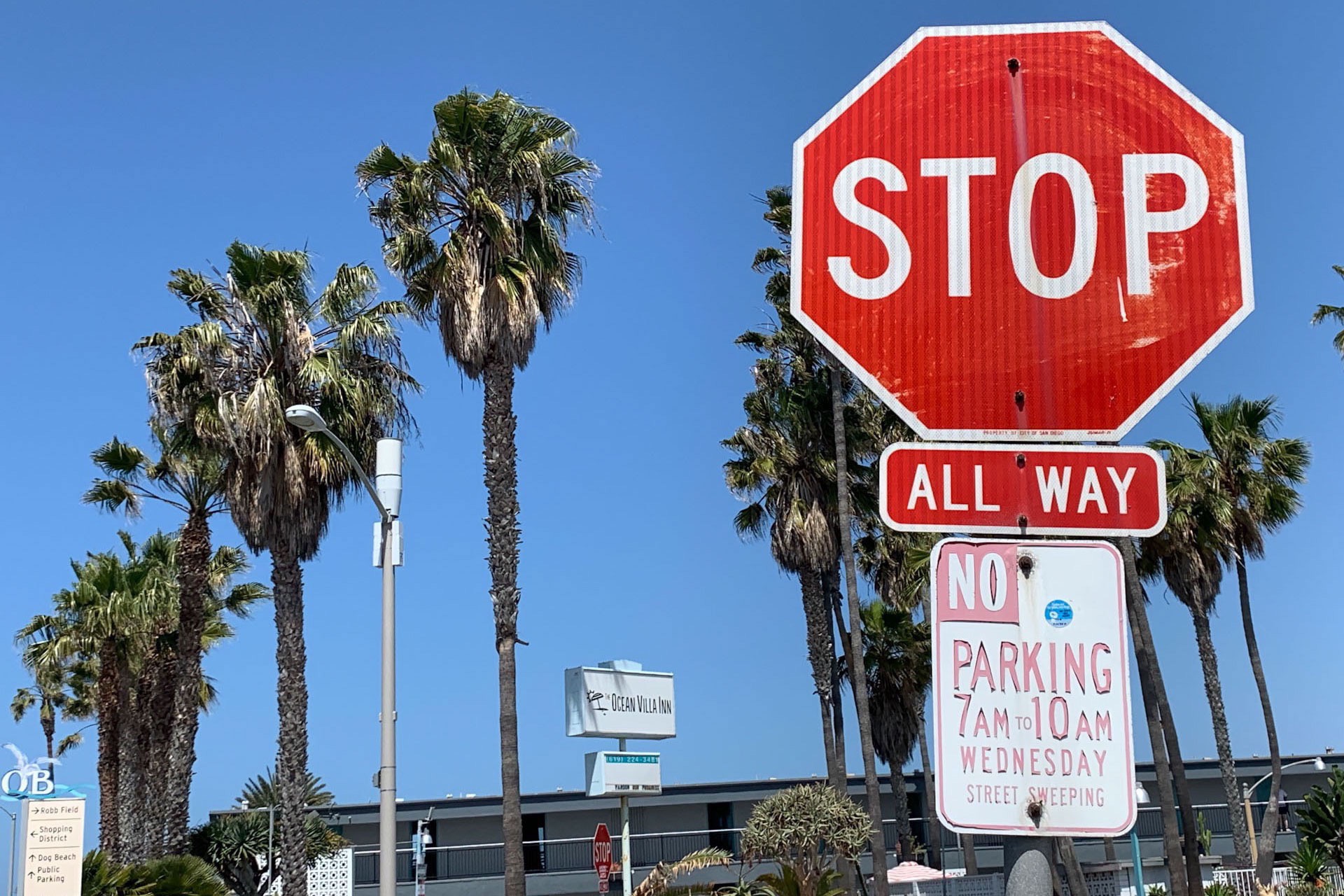 Public parking is usually free, but it is important to note when you can and cannot park. Most lots require you to move at least a couple of hours each night.

My routine is to spend my day in public parking, move to the street late at night, then return to the public lot before the traffic picks up.

By talking with other nomads, I have learned of spots where I do not need to move each day. Another wanderer told me of a free dump station near Mission Beach, while a third RVer introduced me to a technique for getting fresh water.